← Back to all posts

My project for February was a redesign of the site. As well as overhauling the look of the site, I revamped the site’s internals — migrating the site from Jekyll to Middleman.

Below you can see a side-by-side comparison of the new site and the old: 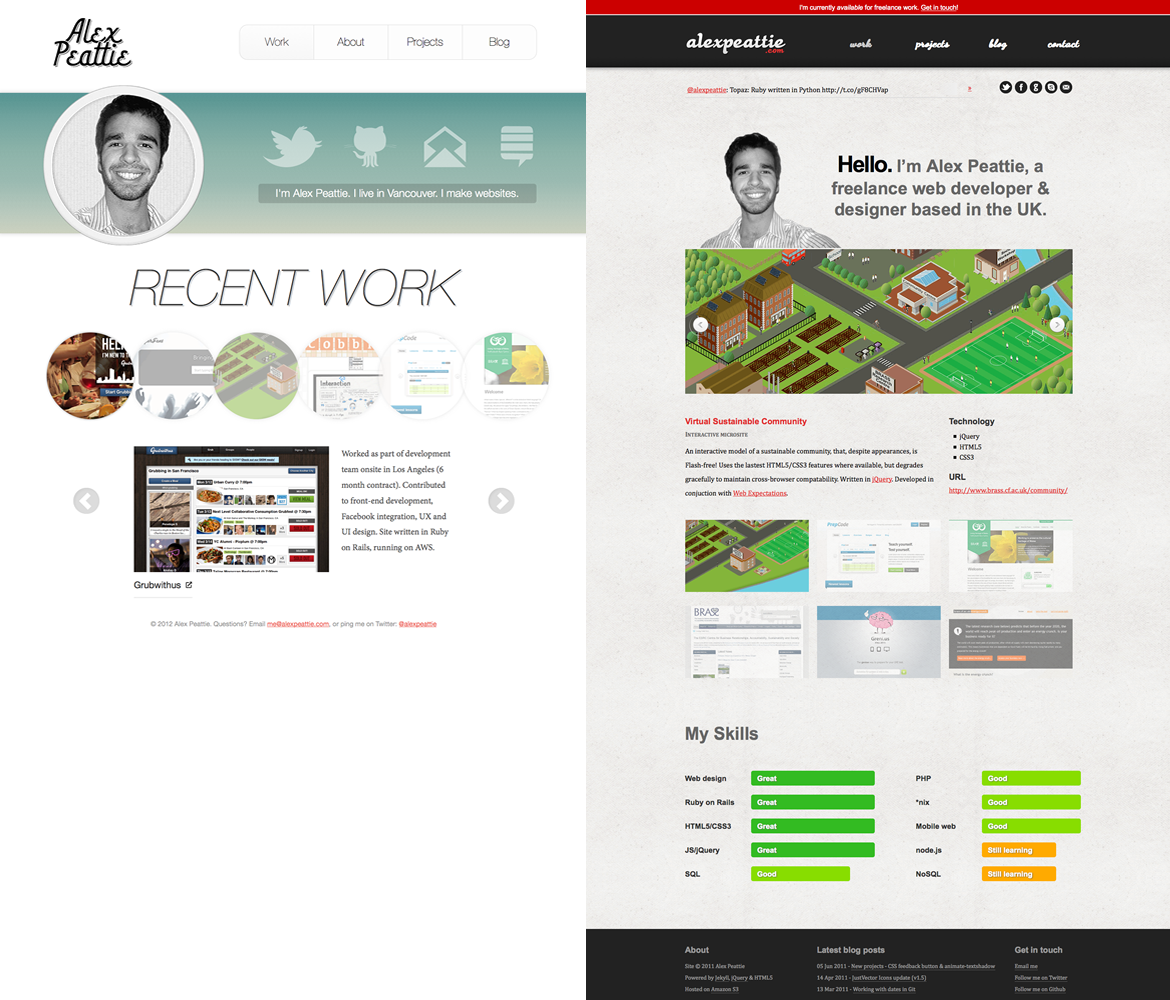 There were a few things I wanted to achieve with redesign. Foremost, I wanted a simpler, cleaner look that made better use of the available space. The new design leverages more of the screen’s width, and it uses gradients and shadows sparingly (i.e. flat design). The smaller, circular thumbnails further reduce the screen real-estate used leaving room for the larger social icons.

The state of web fonts had improved greatly since I’d created the original design, which gave me the opportunity to greatly improve the site’s typography. Annoyingly, no web font provider offers both of the fonts I used - Minion Pro (body text) and Helvetica Neue (headings) - meaning I had to fork out for two subscriptions to Fonts.com and Typekit respectively.

Another thing which now has much wider browser support. Again, the site uses CSS transitions sparingly - for instance on the top nav’s hover effect, and on the social icons on the front page.

I was very happy with the performance of the old site. As a static site generated by Jekyll and hosted on Amazon S3, it always fast regardless of traffic and had effectively 0% downtime (and hosting costs were extremely cheap). I wanted to continue with a generated static site, but was looking for something a little more fully featured. Although I considered Octopress, I settled on Middleman for a few reasons.

Middleman supports a wealth of different templating languages. The new site is build with a mixture of LESS, Coffeescript, Slim and Markdown.

Jekyll does have a plugin system, but I always found it a pain to use. Making extensions for Middleman, on the other hand, is a cinch, and a solid collection of user-created extensions is available.