← Back to all posts

How a seaweed expert and a screw-up helped win WWII 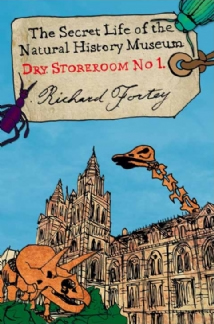 At the outbreak of war there was a curator of “seaweeds” — marine algae — called Geoffrey Tandy. […] The reason he saved country — possibly even the world — from Nazism was because he was a cryptogamist. Evidently, a functionary in the Ministry of War had never heard of cryptogams, and thought that Tandy must have been an expert in cryptograms (that one extra letter ensures that the words appear next to one another in the dictionary).

He was recruited to Bletchley Park—centre of signals intelligence during the war—because of his alleged talent in solving messages written in code. He had to work alongside the great brains that were tackling the mysteries of the Enigma Code—the only seaweed man among the ranks of cryptographers. It was a most fortunate screw-up. When sodden notebooks written in code were recovered from German U-boats, they seemed beyond recovery. However, Geoffrey Tandy knew exactly what to do. The problem was actually not so different from preserving marine algae. The Museum supplied the appropriate absorbent paper, and the pages covered in cryptic language were saved from soggy obscurity.

It’s probably silly to draw too many lessons from this one-in-a-million stroke of luck, but I think it does nicely demonstrate how having a mix of skills on a team can be good - you never know when a colleague’s obscure talent might come in handy!